Chungbuk province lies in the middle latitude and it is the only inland part of Korea which is adjacent to the sea. Due to such geographical features, it has a temperate climate with a hot humid summer and cold dry winter. It also has distinctive seasons. It produces abundant farm produce and has a wide variety of plant species. As the province is located near Seoul, transportation is convenient and the economy, education and culture are well developed, which make it a good place to live 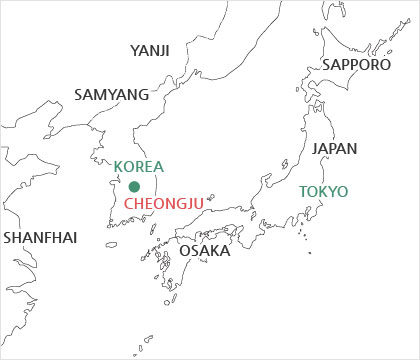